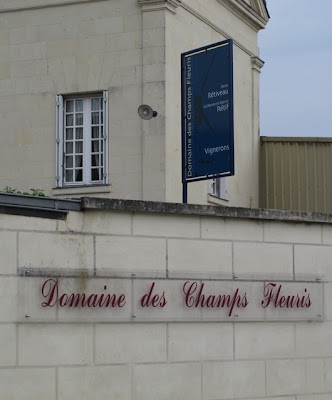 We took advantage of an invitation to the the Journées Nationales du Livre et du Vin, which has been held every year since 1996 at Bouvet-Ladubay, to drop in on the Portes Ouvertes at Domaine des Champs Fleuris in Turquant — a most welcoming and well-organised event. The estate has 34 hectares of vines – 30 Cabernet Franc and 4 Chenin Blanc. It is run by Patrice and Catherine Retif and Denis Rétiveau. 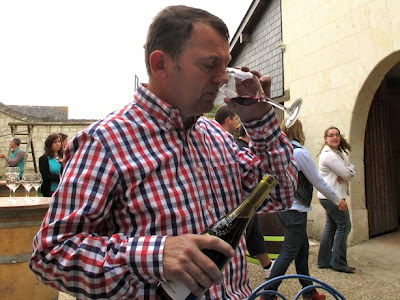 Patrice Retif
We started with the youthful, floral and easy drinking 2010 Domaine Saumur Blanc before trying the more complex 2008 Les Damoiselles Saumur Blanc. Les Damoiselles is vinified and aged in 400 litre barrels. This 2008 has a good balance of fruit and minerality with some oak spice and vanilla still present. Shows once more what an attractive vintage 2008 is in the Loire for dry whites. We also tried the recently bottled 2009, which is richer but a bit ungainly and tight in the finish – suffering from its recent bottling but just a question of giving it a few months in bottle.

Their 2010 Cabernet de Saumur is a very agreeable summer rosé with red cherry fruit. At 13.5% the alcohol is quite high, so although it is balanced too many glasses might induce a substantial siesta. 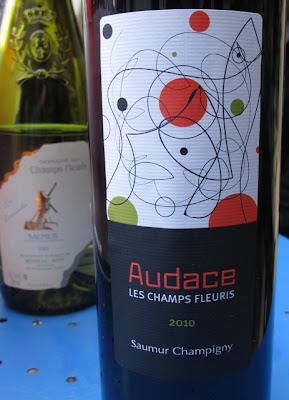 The reds (Saumur-Champigny) started with the screwtopped 2010 Audace, easy drinking and designed to be drunk young. Audace has a short maceration of just five days and then is bottled young. It has good fruit with sooty and green pepper overtones. 2008 was the first vintage. They missed 2009 and have now brought out the 2010.

Next up was the more substantial 2010 Les Trufolies (14-15 days of maceration) with attractive riper fruit and naturally more structure and tannins. Needs a little more time. As does the 2010 Vieilles Vignes, which has already been bottled as the domaine has virtually run out of wine. The VV has ripe plum and black fruits and quite marked tannins in the finish, which need to be left to round out. 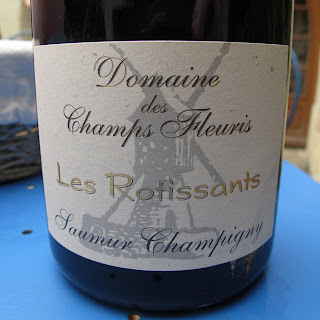 Next a step back in time with the 2002 Les Rotissants, one of my favourite wines of the tasting. Now nicely evolved, mature fruit and showing all the balance of fruit, structure and acidity that one associates with 2002. The Rotissants vineyard is in the neighbouring commune of Montsoreau. 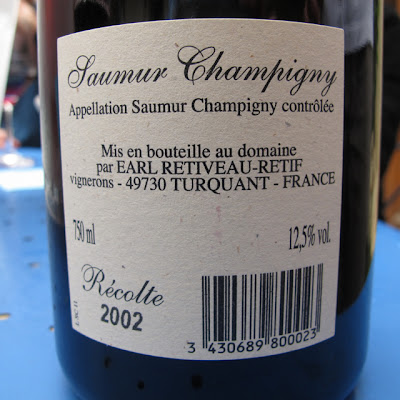 We continued with the fine 2008 Les Roches, which is the best plot on the Rotissants vineyard. Les Roches is aged in 100% new oak. Despite this the 2008 is not overoaked, although there is a touch of wood spice along with the concentrated red and black fruits. 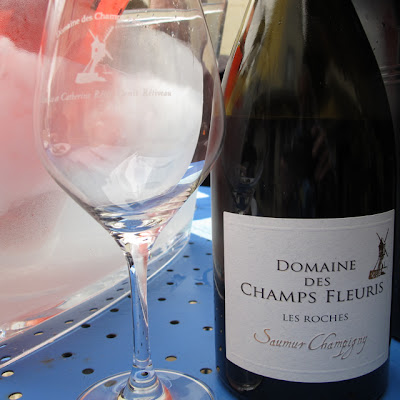 We had a Crémant interlude trying the Rosé and then the white, which has zero dosage. Both are clean and easy to drink – unfortunately I just find Vouvray or Montlouis, especially when they are pétillant, more interesting. The 2007 Cuvée Sarah Coteaux du Saumur with its rhubarb and citric fruit – orange and tangerine – is a lovely balance of sweetness and clean, precise acidity and is everything that makes 2007 such a good sweet vintage. 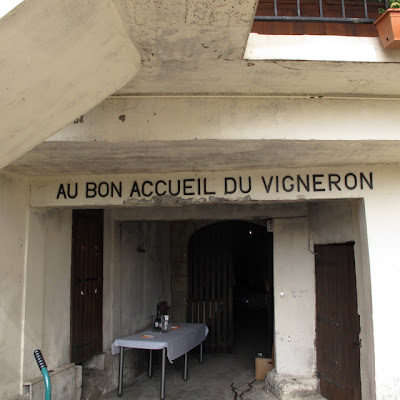 The entrance to the cave 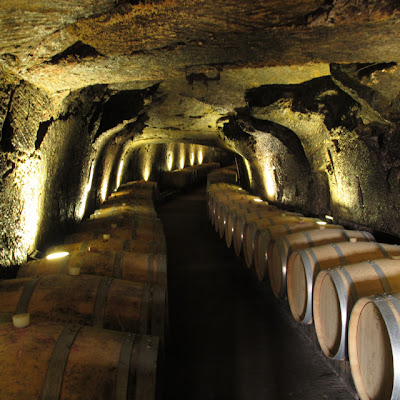 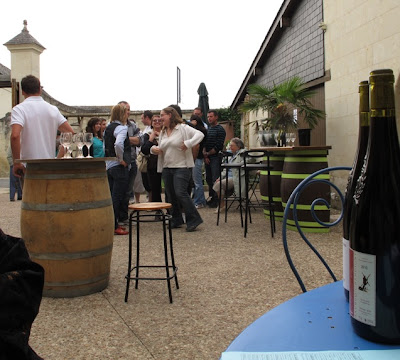 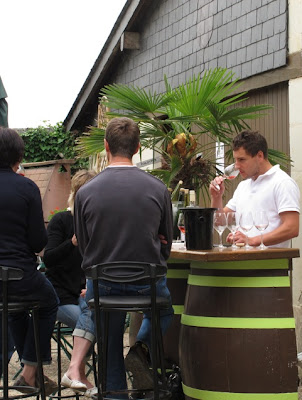 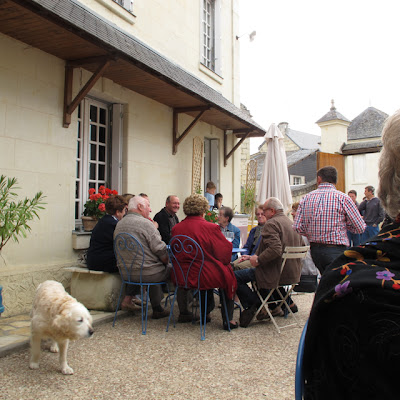 This coming weekend (7th–8th May) the domaine has another Portes Ouvertes.
Posted by Jim's Loire at 00:10