Some views from the Layon inc Les Treilles: early April 2007 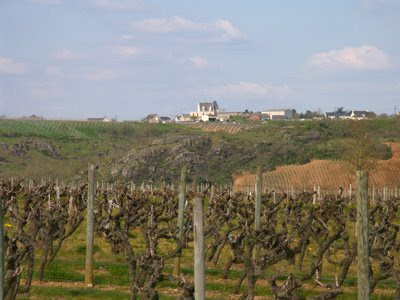 Showing how steep and rugged this part – between Beaulieu and the Quarts de Chaume – of the Layon Valley is. I think the recently planted and very steep vineyard in photos 2 and 3 may well be Jo and Isabelle Pithon’s Les Treilles. I would be very grateful if someone could confirm this or not as the case may be (see next para).

Thanks to the assistance of Micaela Frow this does appear to be part of Les Treilles, the steep south facing coteau that Jo and Isabelle Pithon have brought back to life. Les Treilles was a thriving hillside of vines until arolund the end of the Second World War when it was abandoned in favour of less steep vineyards that could be worked by machine. The hillside, whose slopes vary from 30 %-70%, became over-grown and virtually impenetrable. 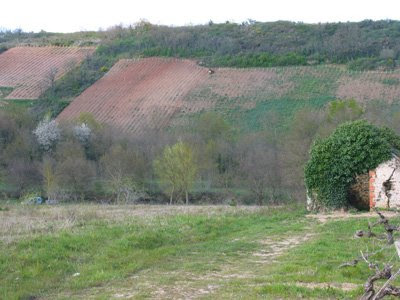 In 1996 the Pithons began a project to reclaim the hillside and replant vines there. This involved buying 70 parcels from 25 owners. Three hectares have been planted with Chenin and are now in production. There are a further two hectares that will be replanted in the future. Following his split with Domaine Jo Pithon in January 2008, Jo has kept control of Les Treilles. Further information is on the Domaine Jo Pithon site including a detailed pdf on Les Treilles. 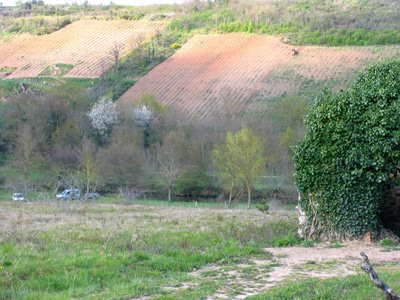 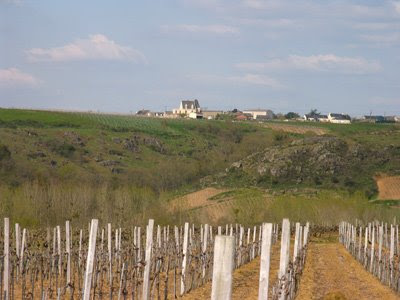 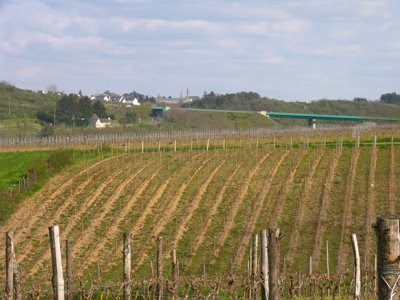 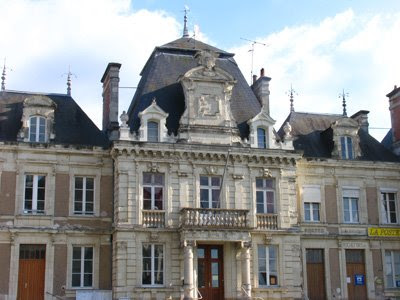