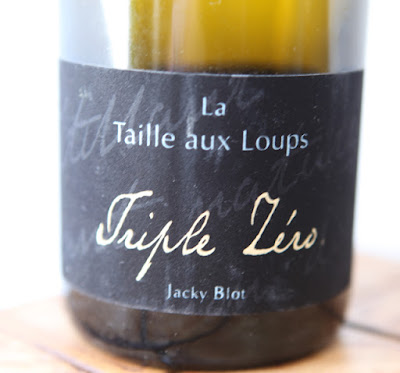 As Triple Zéro (AC Montlouis) from Jacky Blot has been a commercial success since it was trademarked in France (marque deposée) nearly 10 years ago – 10th January 2006.  It was trademarked under two categories: 32 : Bières ; eaux minérales et gazeuses and 33 : Boissons alcoolisées, (à l'exception des bières) that comprises – cidres ; digestifs (alcools et liqueurs) ; vins and spiritueux. France's register of trademarks is here.

Interestingly another Triple Zéro, this time a sparkling Vouvray from Gilles Gaudron (Domaine Sylvain Gaudron in Vernou), has entered the field. 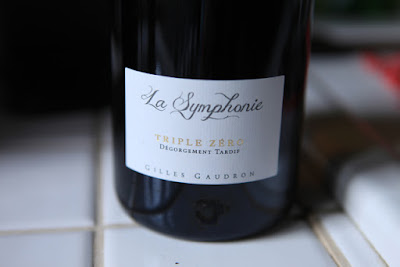 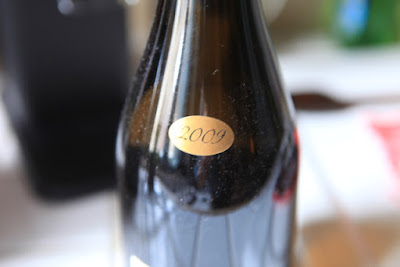 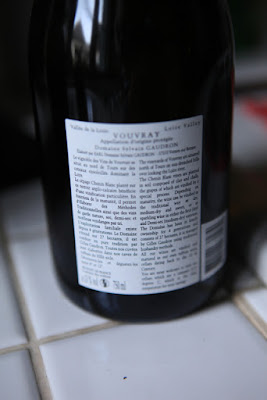 Is there legal space for two sparkling Triple Zéros?

I understand from Jacky Blot that several years ago a sommelier told him about the Gaudron Triple Zéro and that Jacky was in touch and was apparently told they had some labels they would like to finish up. However, on 5th March 2015, Gilles Gaudron of Domaine Sylvain Gaudron trademarked Symphonie Triple Zéro. Blot has now put this in the hands of his lawyer, who incidentally also represents Château Pétrus.

Will Symphonie Triple Zéro be judged to be different enough to La Taille aux Loups Triple Zéro or will it be deemed too similar. Certainly Blot's Triple Zéro was registered more than nine years before Gaudron's version. Gilles Gaudron's label has La Symphonie clearly separate from TRIPLE ZÉRO which is picked out in gold letters.

Just another episode in the apparently eternal conflict between Montlouis and Vouvray! 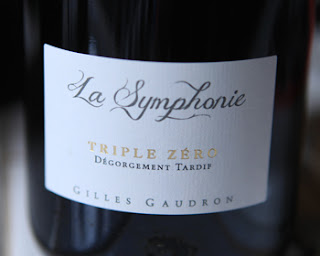 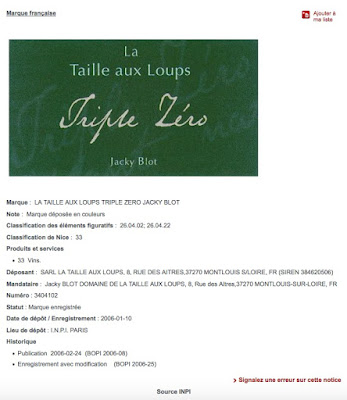 Record of Triple Zéro registered 10th January 2006
(above and below) 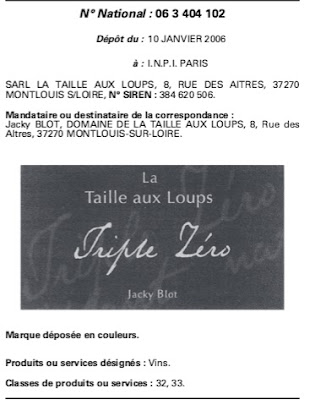 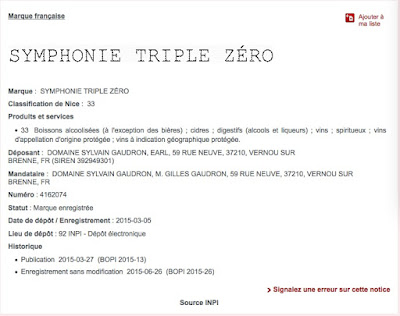 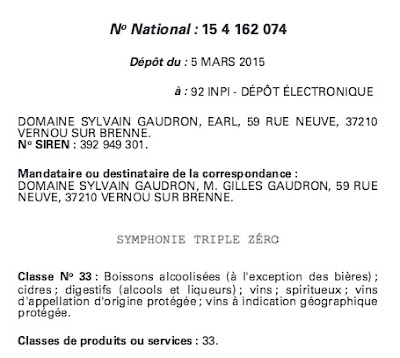 Anon. Looks like you are back again - still anonymous. Will not consider posting your comment until you provide backing for your suggestion.