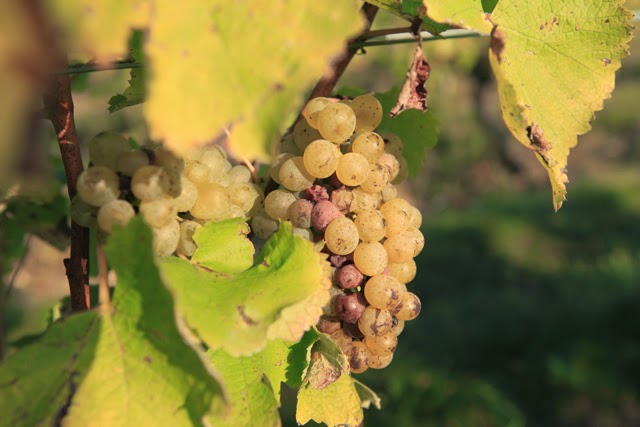 2014 Montlouis Chenin Blanc
(above and below)


After having spend yesterday morning in the Cher Valley we returned to Epeigné-les-Bois before making a late sortie to Montlouis to get a flavour of what was happening there. We dropped in first to see Olivier Flamand at Flamand-Delétang at Saint-Martin-le-Beau. Olivier was well happy with 45-50 hl/ha for his Sauvignon Blanc. He had just started on his sparkling Montlouis.

With the sun shining and forecast good at least until the weekend – unfortunately not so good from Monday at the moment with an unsettled forecast, the vignerons were smiling happy and fairly relaxed for a very stressful time of their year. We dropped in on the Domaine de la Taille aux Loups, François Chidaine and Frantz Saumon – all have started picking. Frantz has been picking for a fortnight or so, having started in Touraine Azay-le-Rideau. 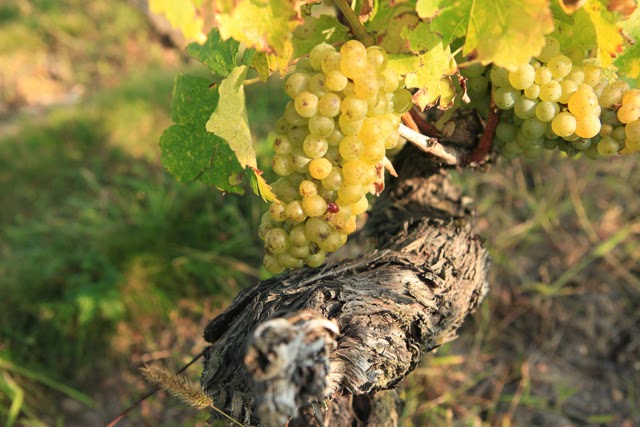 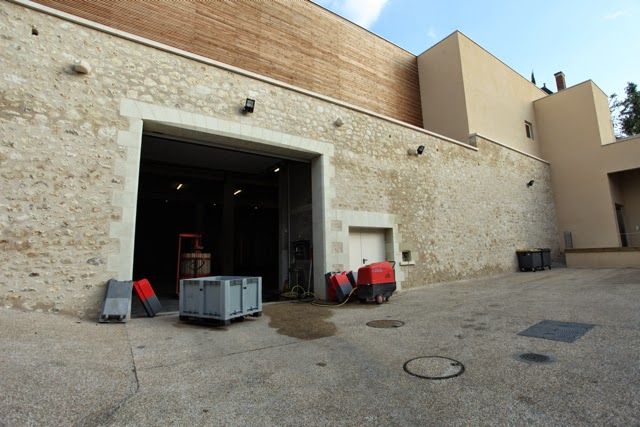 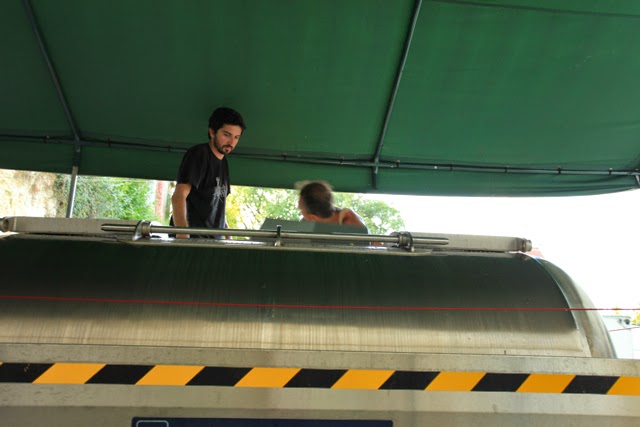 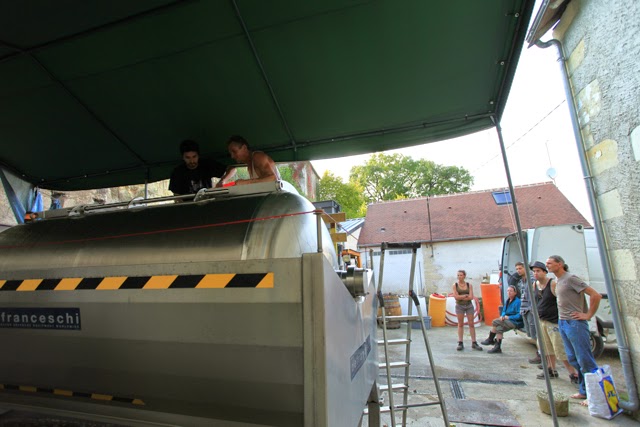 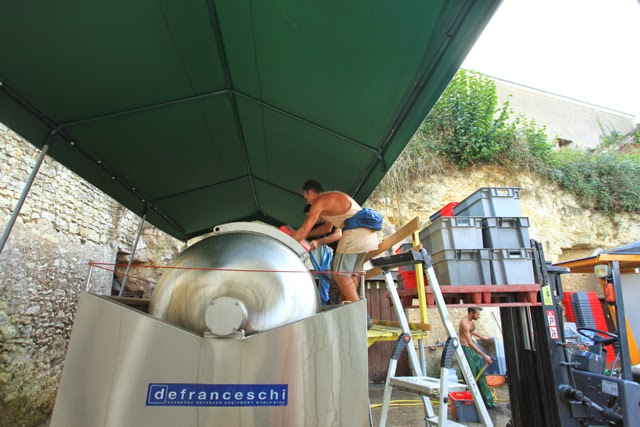 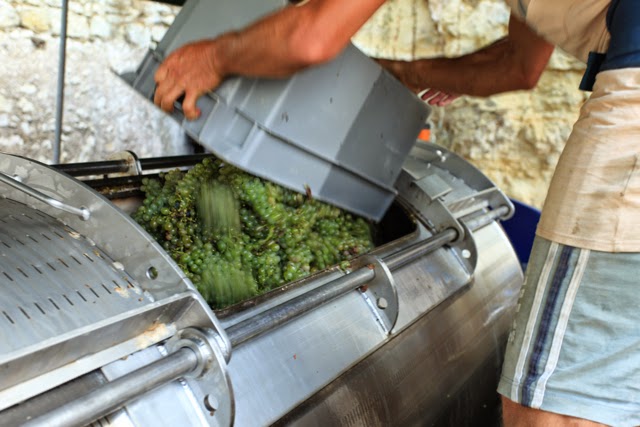 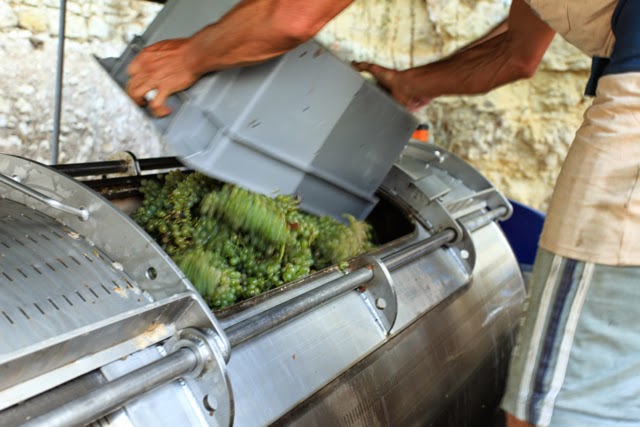 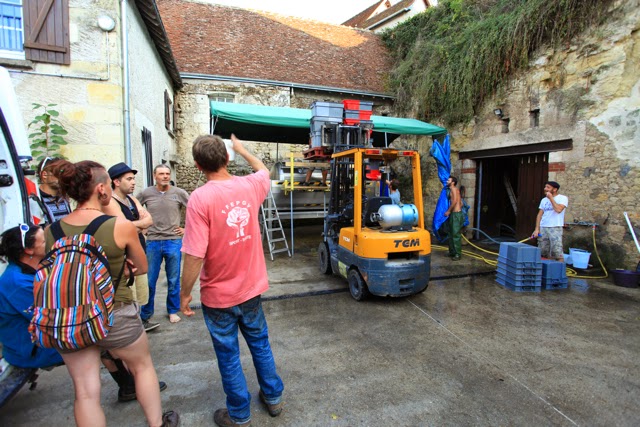 Frantz in the pink! 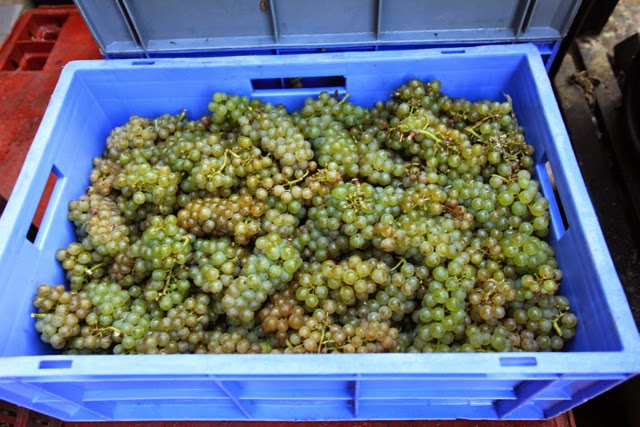 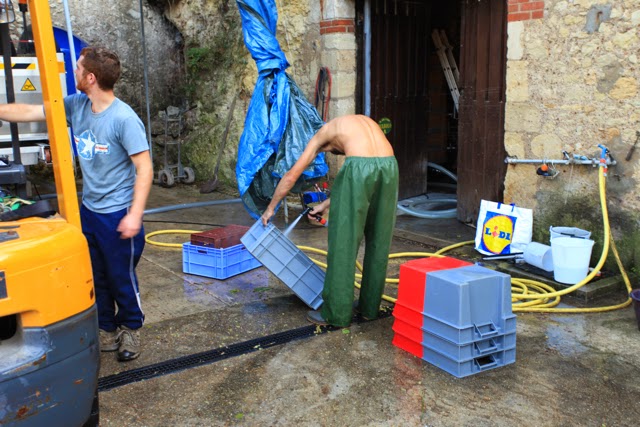 Water for cleaning is a crucial part of making wine 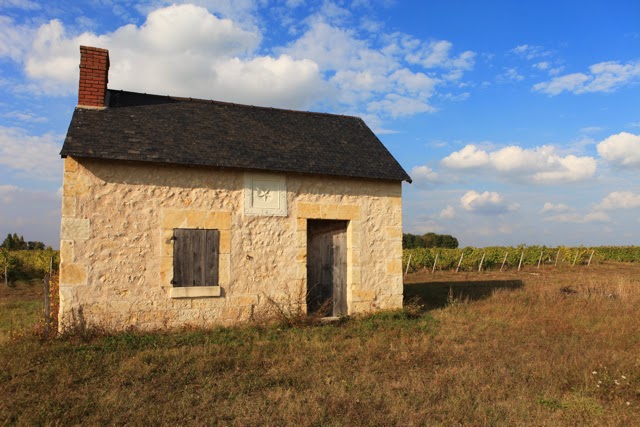 Good to see: a renovated loge des vignes – part of the
Loire's heritage to be preserved 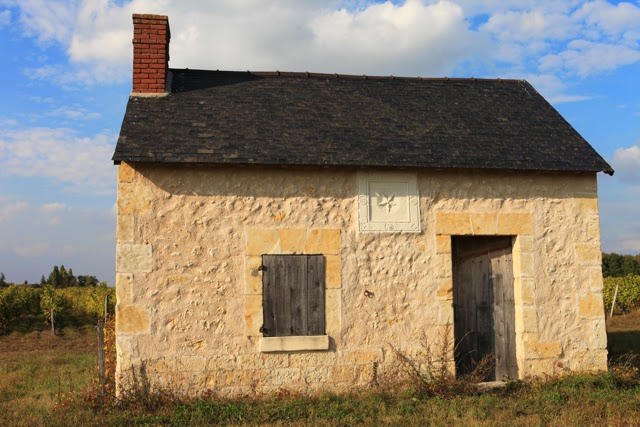 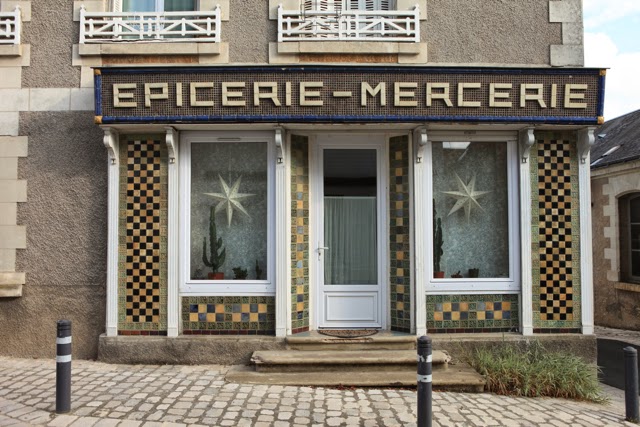 Nothing to do with the 2014 vintage but an eye-catching
old shop front in Saint-Martin-le-Beau
Posted by Jim's Loire at 21:32