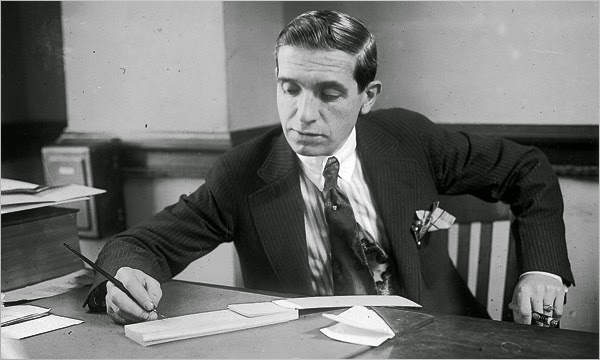 The celebrated fraudster Charles Ponzi
would be proud of these boys!

On 21st October le Tribunal de Commerce de Paris considered the proposals made by 1855.com (now called Héraclès) and châteauonline.fr (now called Arés), to sort out their businesses. These plans had been submitted the month before. At the end of the hearing the Tribunal put back making a decision until the end of November. The 1855 group of companies went into administration in October 2013.

The details of the 1855 business proposals are not really relevant as, on past performance, Fabien Hyon and Emeric Sauty de Chalon, will fail to keep any promises they make. Who can blame them when the French authorities allow the 1855.com arnaque, which may well owe 42€ million to 11,000 creditors to continue unabated?

The business plan submitted by 1855.com includes a proposal to repay money owed to creditors (mainly people who had ordered wines en primeur) over a period of eight years. Another proposal is to offer to some creditors a Bordeaux Superieur that can be bought in a supermarket for 5.5€ in exchange for the en primeurs they ordered but never received.  See fuller details here.

It is difficult to understand how the long-running 1855 saga is allowed to continue unless Fabien Hyon and Emeric Sauty de Chalon still enjoy protection at a very high level.

The 1855 scandal continues to reflect badly on the rest of the French on-line retail wine sector.
Posted by Jim's Loire at 17:58