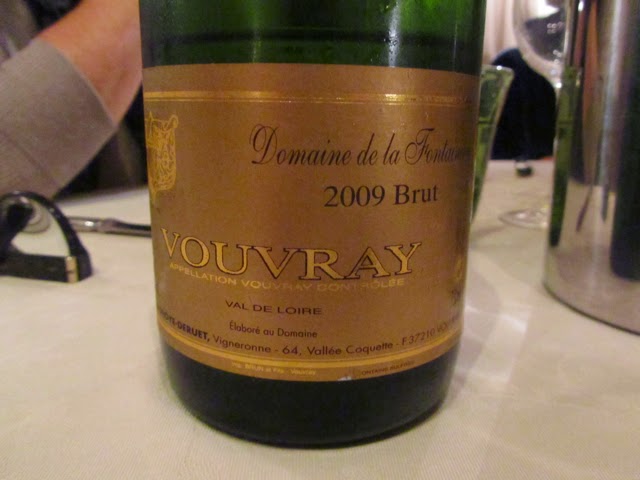 
With the sad closure of the Agnès Sorel in Genillé we need to find another restaurant reasonably close to us where the food is good plus offering good value. Le Bon Laboureur in Chenonceaux is excellent but the prices make it one for a special occasion. Equally at the other end of the price scale La Cantine, 22 rue Alfred Nobel in Bléré offers a very good value, simple workers' lunch but we need somewhere in between.

Hearing that the Auberge du Cheval Rouge in Chisseaux had changed hands last year, four of us headed there on Friday night to see how it was doing. The new onwers are Jacques and Jenny Guillaumat. Jacques is in charge of the kitchen, while Jenny is front of house.

CRM and I hadn't been there for a numbers of years and the dining room has been brightened up. There is also another room upstairs and an attractive garden for warm days. Menus start at 29€ offering three courses with a choice of two dishes per course. We went for the slightly more expensive 35€ (3 courses) that gave us more choice. There is another menu that starts at 45€ for four courses.

The wine list is compact with a good choice of local producers including Jean-François Merieau, Bruno Curassier, La Grange Tiphaine, Jacky Blot and François Chidaine. For an apéro we chose fine 2009 Vouvray Pétillant from  Catherine Dhoye-Deruet. It was just as well that I checked the label carefully as the waiter had brought her Méthode Traditionelle (fully sparkling rather than pétillant).

We chose a half bottle of Yves and Pierre Martin's 2012 Chavignol, Sancerre, which confirmed Pierre's winemaking talent but not cheap at 24€ for a half.

After the success of my first course I was bit disappointed with my lotte – not a very generous portion of fish with some of the pieces a little over-cooked. Nor was a really convinced that the risotto gained anything by being smeared across the bottom of the plate. CRM went for the pork and was very happy with its quality and the cooking, although she would have preferred a a few more dabs of sauce finding the dish a little dry.

We drank Bernard Baudry's very good and slightly herbal 2011 Le Guillot, Chinon. Equally we could have gone for the Saumur-Champigny from Philippe Vatan (Château de Hureau) – the Tuffe cuvée if I remember rightly.

To finish CRM and I went for notre traditionnel soufflé au grand marnier, glace à la vanille bourbon. Although it looked spectacular, the souffle was OK but not at the level of the first course.

Overall this is restaurant we will go back to but not as good as the sadly departed Agnès Sorel. In addition to the good food and value there Estelle Petit was a big plus. In contrast once Jenny Guillaumat had taken our order  I don't remember seeing her again. The last thing I want in a restaurant is to be fawned over but if the owner drops by during the meal, especially if they are not being rushed off their feet, it does indicate that they hope you are enjoying your meal. However, the meal was well paced but there were only three tables (nine covers) occupied.

I would have been very happy had all the courses been up to the high standard of the first. However this and the compact wine list makes it worth returning. 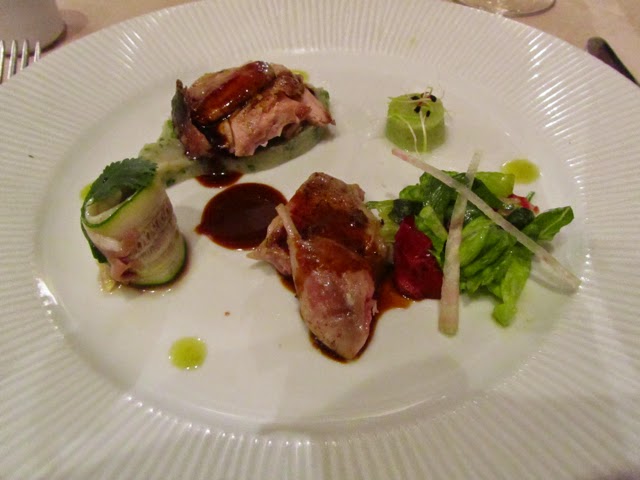 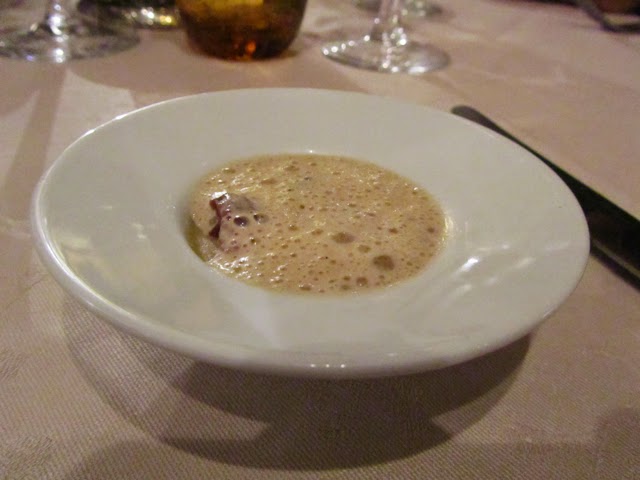 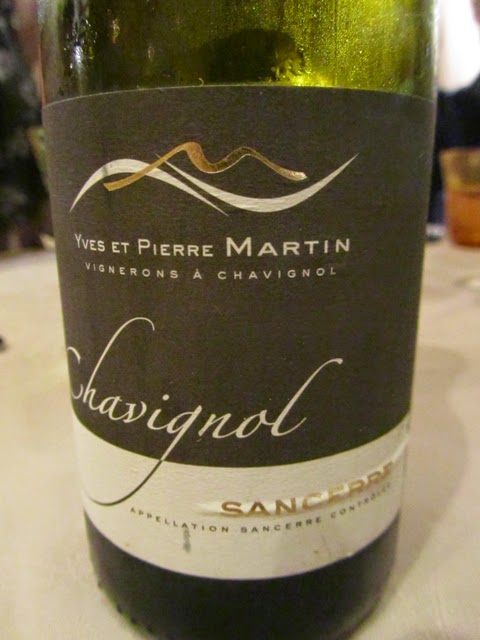 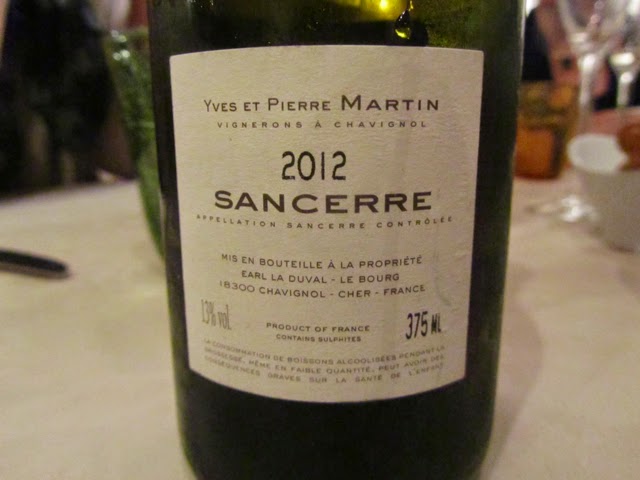 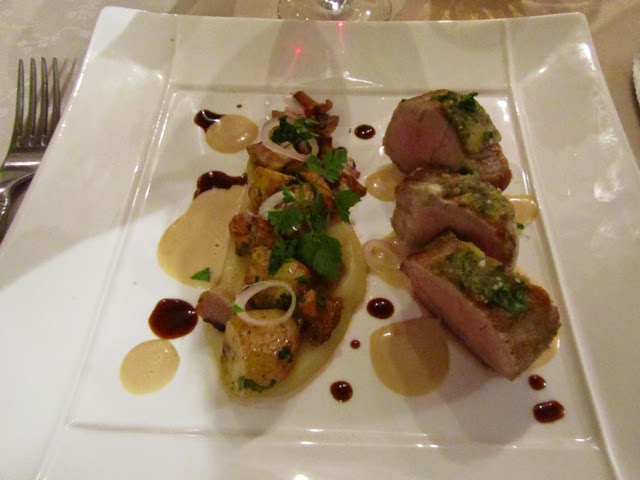 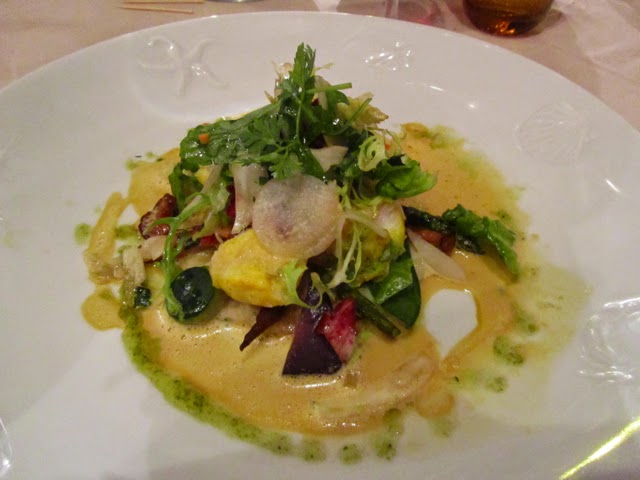 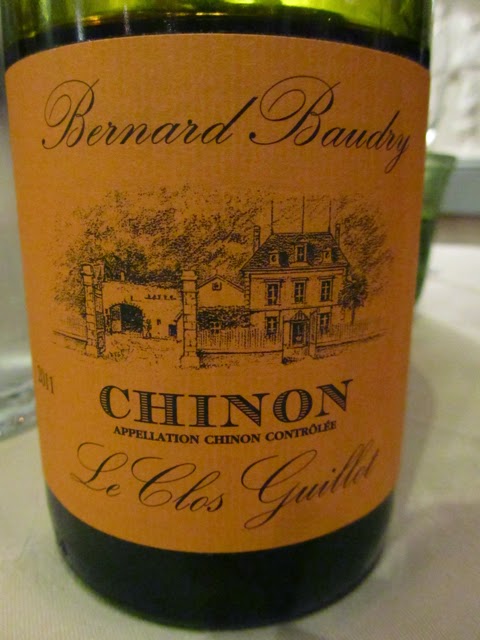 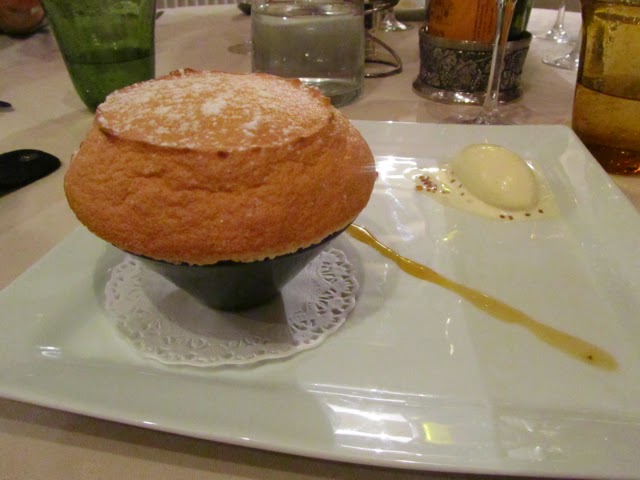 Sorry to hear of the closure of Agnes Sorel, although I'm not really surprised - it seemed very quiet when we were there last year, and quite isolated too.

I visited Catherine Dhoye-Deruet this year. IIRC all her wines are méthode traditionelle, so I think (allowing for my French) the pétillant is made by aiming for a lower pressure (lower yeast/sugar dose?) rather than by using the méthode ancestrale.

Hi Chris. Yes agreed the Agnès Sorel could be very quiet. As far as I know the Pétillants of Vouvray, Montlouis (eg Triple Zéro) and Touraine were made in the way you describe. It is only with the PetNats that the méthode ancestrale has become popular again.