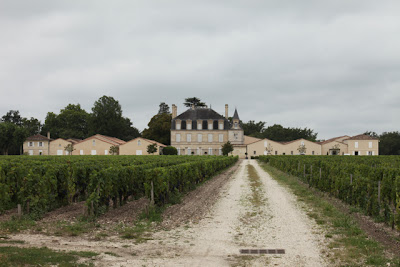 Château Grand-Puy-Lacoste
En primeurs ordered from 1855 and known to be outstanding:

24 bottles of 2007
Driving from Lamarque, where the convenient Blaye ferry docks, en route to Pauillac yesterday and seeing the Médocian châteaux I was immediately reminded of the significant number of 1855 customers who are awaiting their Bordeaux en primeur wines. As I'm here for a few days I thought I would take and post a few photos of some of the châteaux, so that frustrated 1855 clients can at least see where their long awaited wine is made. Cold comfort I'm sure but some compensation I trust.
Unfortunately after a very hot day yesterday it is rather overcast and gloomy  – similar to the prospects of 1855's frustrated clients receiving their wines in the immediate future. 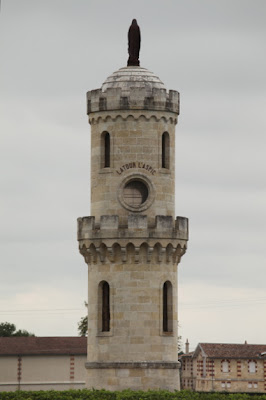 La Tour Aspic – part of the holdings of Château Haut-Batailley