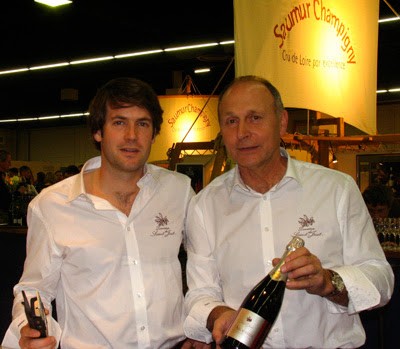 Arnaud and Yves Lambert@2009 Salon des Vins de Loire
I was very sorry to get the news this evening that Yves Lambert, Domaine de Saint-Just (Saumur and Saumur-Champigny) died of cancer yesterday.
Sadly I'm not entirely surprised as I was shocked to see Yves at this year's Salon des Vins de Loire – he was very thin, gaunt and clearly unwell. Yves explained that he had had cancer but that it was stable and he was improving.
I will remember Yves both as a fine producer of Saumur and Saumur-Champigny at Domaine de Saint-Just and as a generous and intelligent man with great warmth and energy. He was in at the beginning of a new adventure with vineayrds of Château de Brèze, which he and Arnaud, his son, took over running in 2009.
Les Obsèques se tiendront lundi 4 juillet à 15h00 à l'église de Saint Cyr en Bourg (49260).

My sincere condolences to Yves' family. 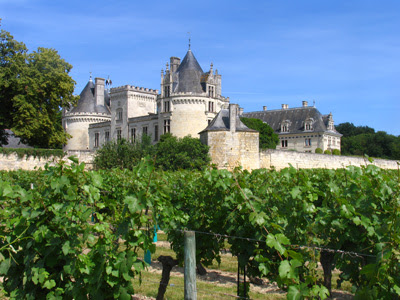