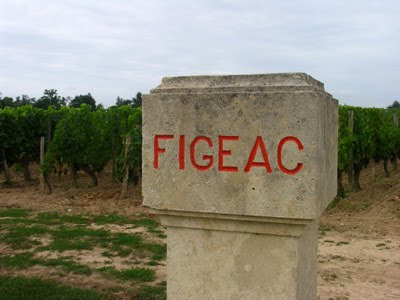 At the entrance to the property
Today we drove over from Langon to Saint-Emilion through the attractively undulating Entre-deux-Mers as I had arranged to do a short interview with Comte Eric d'Aramon for an article in the second edition of Gilbert & Gaillard's Wine International. 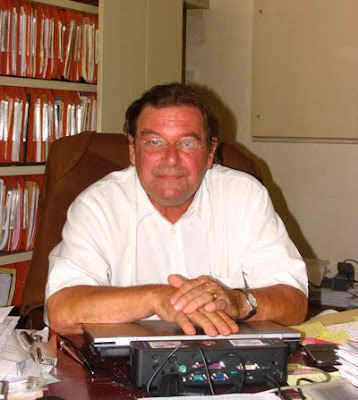 Comte Eric d'Aramon in his office

When Eric d'Aramon married Laure Manoncourt, the daughter of Thierry Manoncourt, he swopped the world of yogurt for that of wine. "Tasting wine is much more interesting than tasting yogurt." he says. D'Aramon started at Figeac in 1988 taking over the commercial reins in 1992. "It was in 1995 that I really started to make the wine he says." Taking over from Thierry Manoncourt must have been daunting. Manoncourt's first vintage was 1943, he has made or been involved in all the vintages since 1947 and at 92 – 93 years old in September – he remains actively involved. 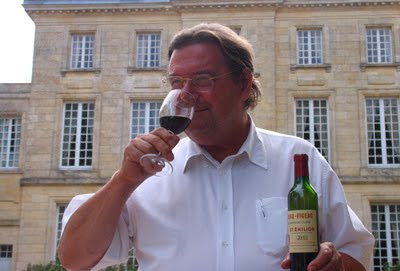 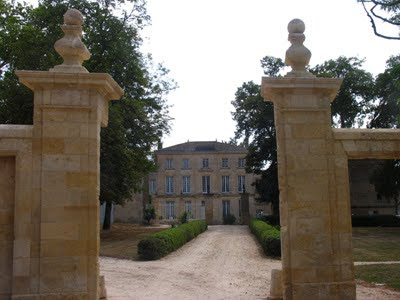 Entrance to the house, chai etc. 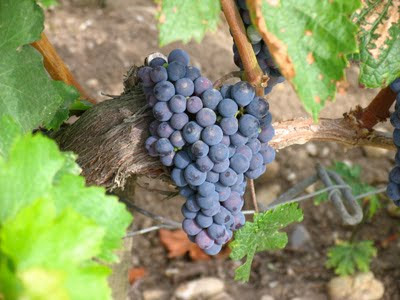 I still have fond memories of a bottle of 1961 Figeac that we found in a restaurant in the small town of Massat in the foothills of the Pyrénées around 1981 for about 200 FF. The one drawback was that the restaurant had only tiny glasses. The '61, although truly memorable, would have been even better with some good glassware.
Posted by Jim's Loire at 06:59